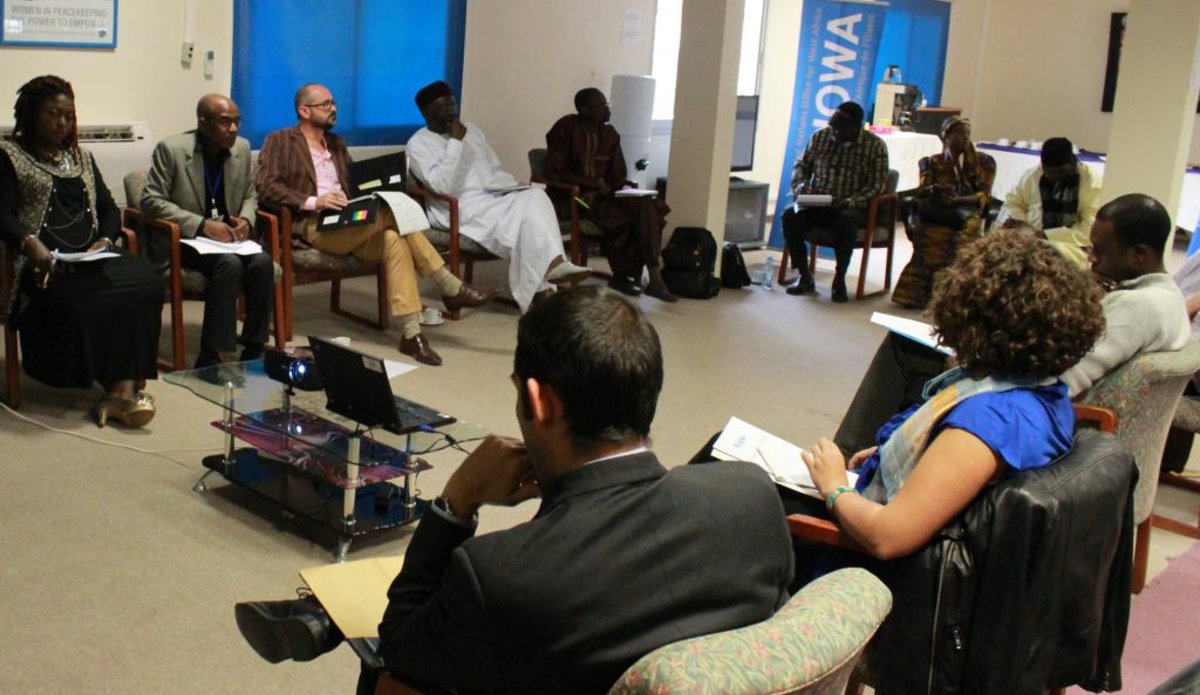 UNOWA has been requested to:

UNOWA’s engagement strategy is situated in the context of implementing Secretary-General’s Rights Up Front initiative in West Africa; and supporting implementation of relevant normative frameworks adopted by the African Union, the Economic Community of West African States and the Mano River Union.  Within the framework of these instruments, UNOWA worked with these institutions in five main directions:

In implementing the UN Secretary-General Rights up Front initiative in West Africa UNOWA convened a series of webminars with stakeholders, including national human rights institutions on 23 April and civil society networks on 28 May 2014 in the context of the Participants reviewed the sociopolitical situation in the sub region and stressed the role of civil society in the promotion of respect for the rule of law and human rights during upcoming elections in the sub region.

UNOWA, the African Center for Development and Human Rights Studies  and the academia analyse socio-political trends ahead of 2015 :

Conference on the transnational challenges to peace, security and development in West Africa: resistance to constitutional amendments, le spread of the Ebola virus disease and the threat of terrorism on human rights, peace and security.

At the dawn of 2015, an election year and time to achieve the MDGs, the security and stability in West Africa remain a matter of concern.  It is this context that UNOWA and its civil society partners, in particular the Banjul based African Center for Development and Human Rights Studies, convened a sub-regional conference from 1, to 3 December 2014, in Saly on the transnational challenges to peace, security and development in West Africa: resistance to constitutional amendments, le spread of the Ebola virus disease and the threat of terrorism on human rights, peace and security. The conference brought together thirty academics and experts on human rights issues, peace, security, and other cross-cutting themes, from West African countries and culminated into a series of recommendations.

UNOWA and the Gorée Institutes cooperate towards building the capacity of law enforcement agencies to uphold human rights and governance principles.

UNOWA and the Gorée Institute convened an expert workshop from 11 to 13 December 2014 to review and validate the mapping of training curricula in Human Rights and Gender offered to Defense and Security Forces in West Africa commissioned in 2013 and 2014 by UNOWA. The workshop brought together twenty security and defense experts as well as representatives of civil society organization and UN entities. The final version of the study will serve as an advocacy tool among ECOWAS member States.

As part of the mandate of UNOWA, endeavors to regularly interact through ‘l’abre-à-palabre’ a platform for open and information discussions, with a wide range of civil society actors, research centers and development partners on topical issues West Africa. The first edition for 2015 was held on 23 January 2015 and brought together thirty senior experts from the civil society, research centers and the United Nations. The central theme was ‘Human rights, governance and the rule of law and the challenges to peace, stability and development in West Africa’. At the close of this edition, participants resolved to work together on core issues ranging from election, terrorism, maritime piracy, impunity, sexual and gender based violence. They shared their respective priority action through a single matrix aimed at promoting collaboration and complementarity.